Renovation and revitalisation of an historic farmhouse for use as a single family home in the Eifel region. The one-and-a-half storey historical building originally consisted of a small living area and stables, and was the subject of numerous renovations over the years. The goal was to create a modern residential space for a young family, while retaining the existing historical edifice.

The building originally consisted of quarry stone outer walls (typical for the region) and supporting, lime filled timber-framed walls inside. Numerous conversions and a building extension have, however, left their mark with a second single family home. The design process was guided by the aim of retaining the existing timber-framed and quarry stone walls, the historic tiled roofing effect and the associated external appearance to the greatest extent possible. By today’s standards, however, the building’s ceiling heights proved unsuitable, combined with a timber beam ceiling in need of renovation and a purlin roof deemed unsuitable for the intended use of the attic floor. The building was gutted as far as possible for the intended use, the existing midsection timber-framed wall was renovated and the timber beamed ceiling and roof truss were renewed. The building was also given a dwarf gable on the garden side, in order to enable the use of the attic floor. 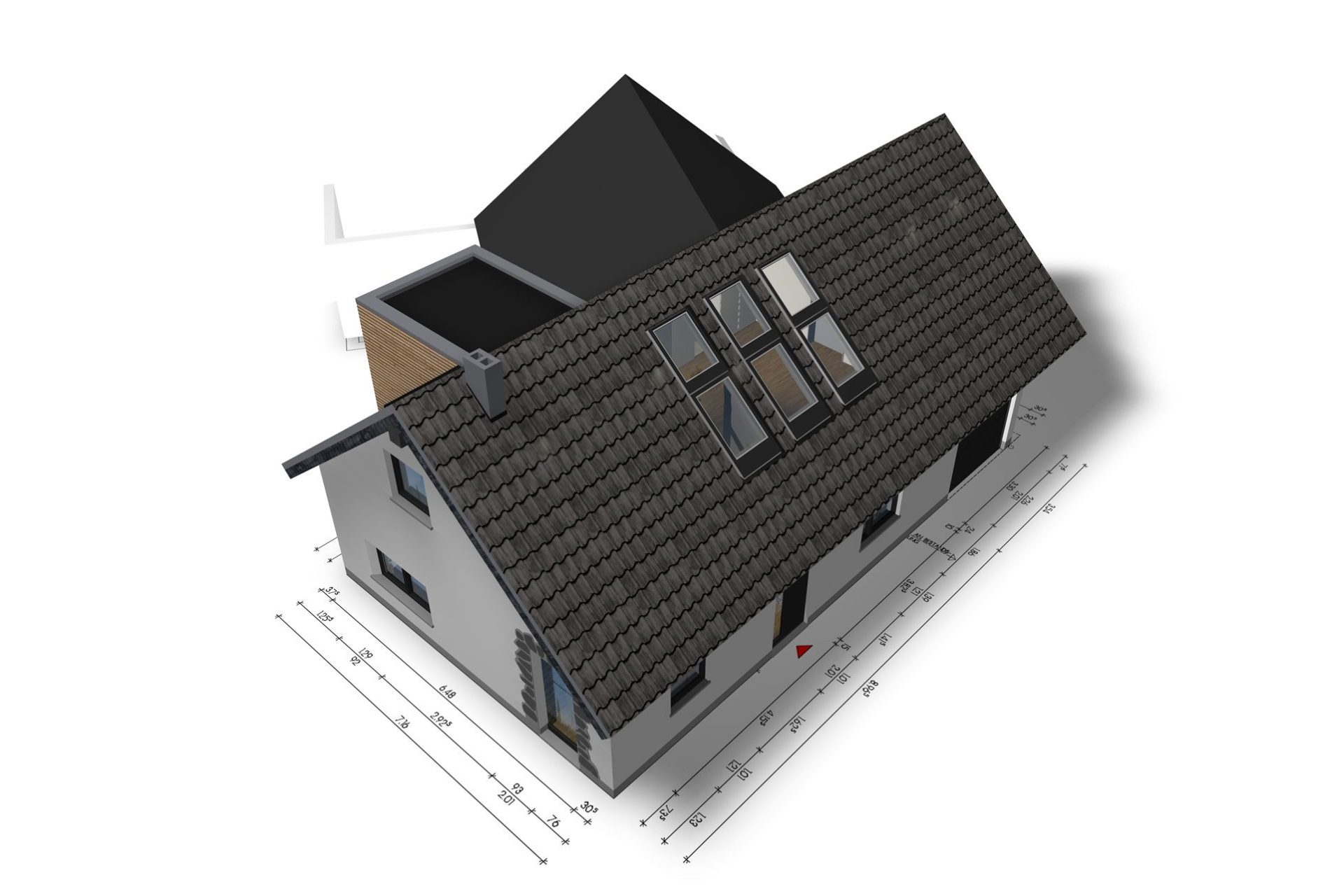 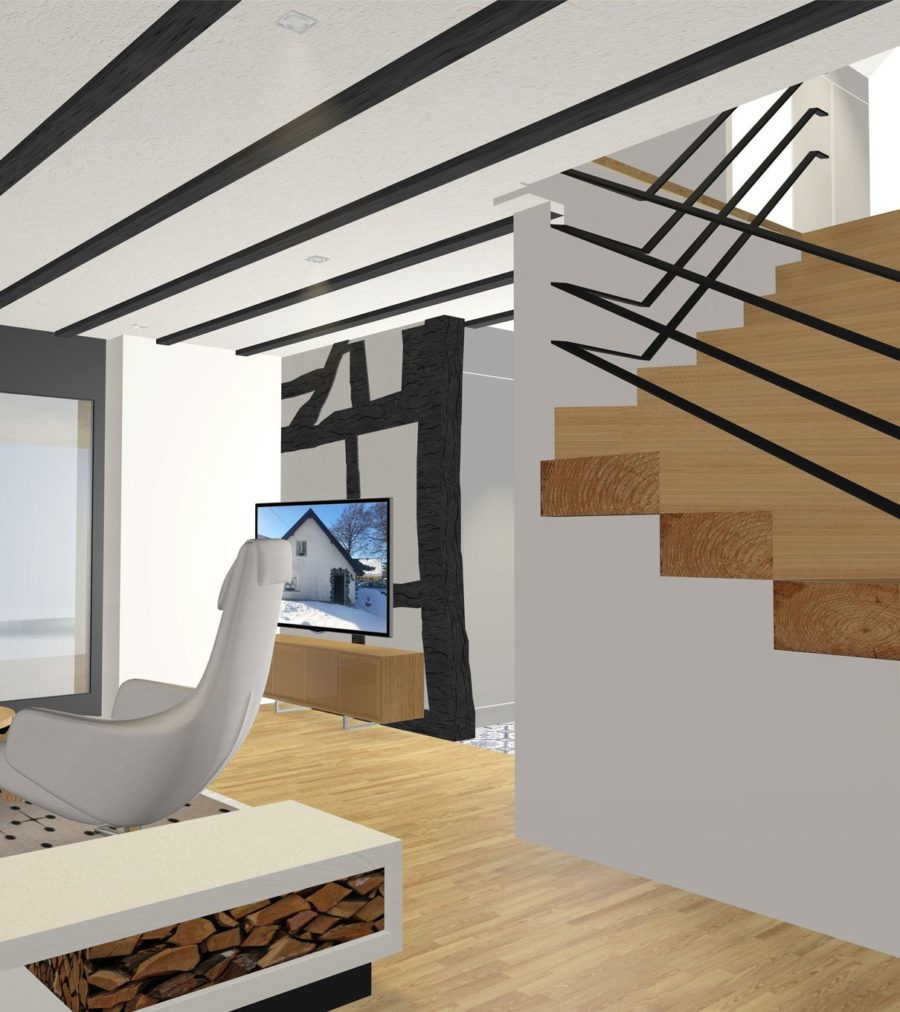 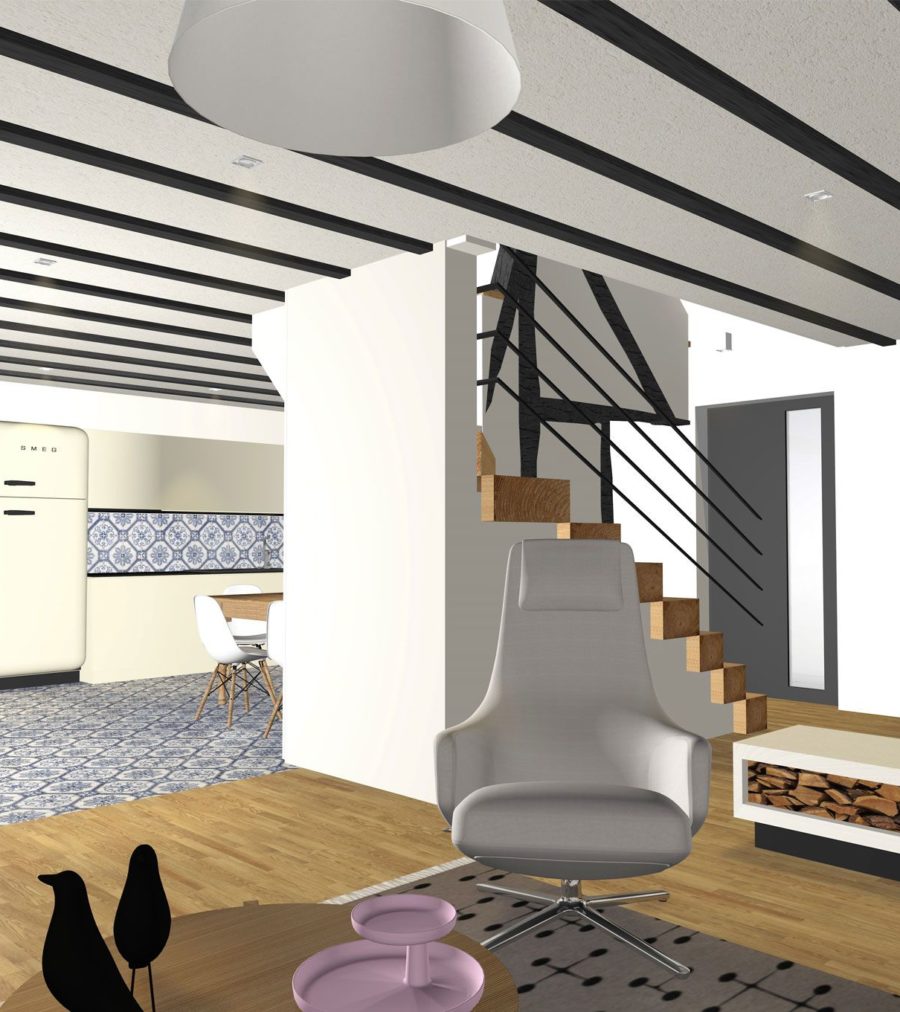