Implementation planning and project management for the trade fair appearance by Covestro AG at the world’s largest trade fair for plastics and rubber – K 2016 in Düsseldorf.

With the brand promise: “We’re pushing the boundaries of what’s possible” is how the new Covestro AG brand – which emerged from Bayer MaterialScience AG in 2014 – was presented to the public across a 1,200 m² space. The design competition’s premier event was won by the Cologne-based agency, Uniplan.

The design was characterised by high, colour-transparent arched walls made of Makrolon, a Polycarbonate and Covestro product, which until then had not been installed to this quality and in these dimensions.

smd+ has acquired decades of experience in the execution of complex trade fair appearances by Bayer MaterialScience AG and, since 2014, has been entrusted with Covestro AG. It now shoulders responsibility for the project management and engineering behind the exhibition architecture.

In addition to planning the routes taken by trade fair visitors, which would lead them through a variety of topic environments, a particular challenge posed by the 2016 trade fair appearance was, above all, the installation of 6 metre high walls made from Makrolon.

In order to achieve the desired level of refinement, we developed a design idea, which made it possible to suspend all walls and lighting equipment from the ceiling, meaning that we would be sounding out the static thresholds of the exhibition hall ceiling.

One further challenge was posed by the 48 metre long, 360° LED wall with its 3.5 mm resolution, which functioned here as a key brand ambassador. 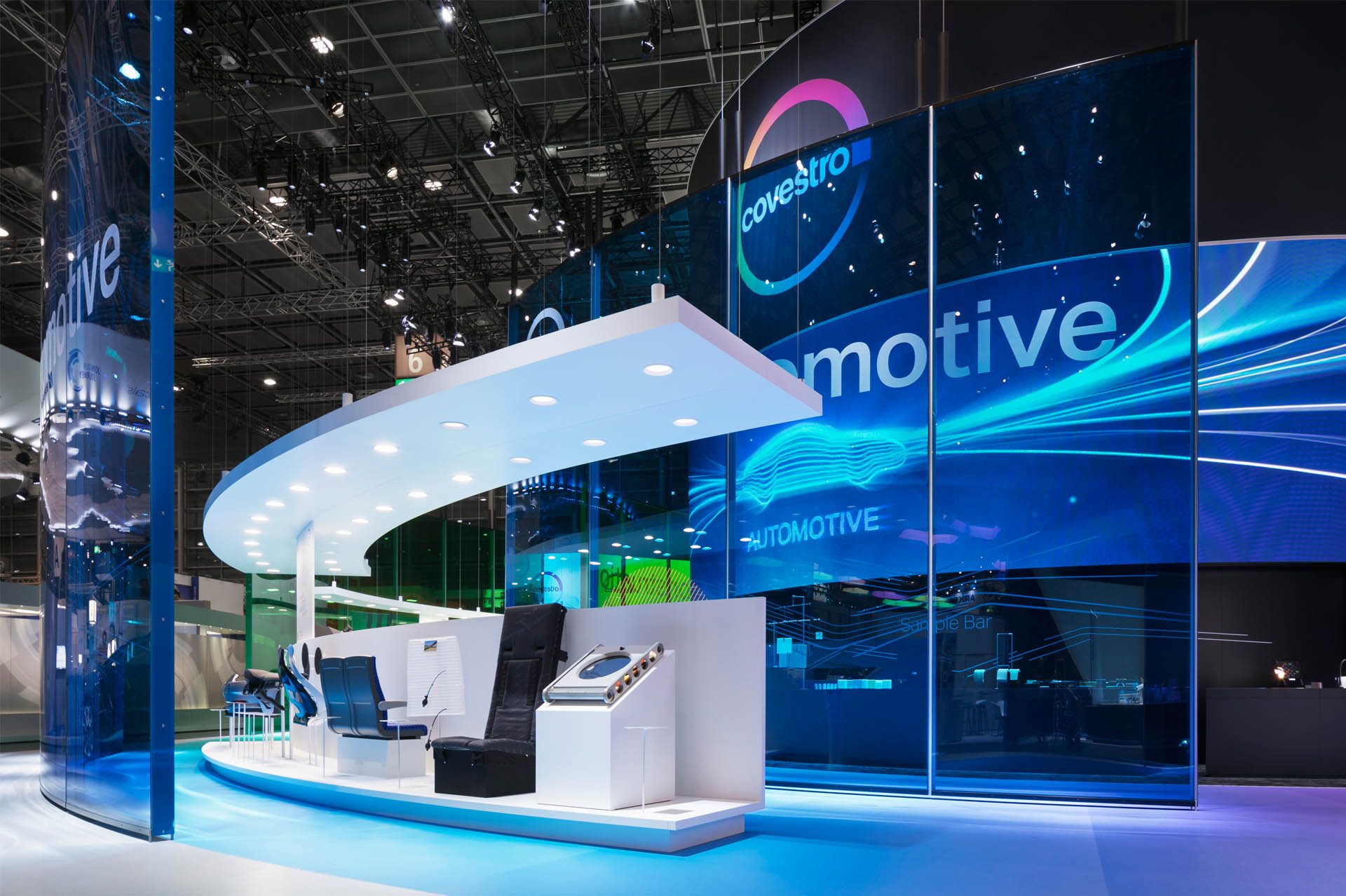 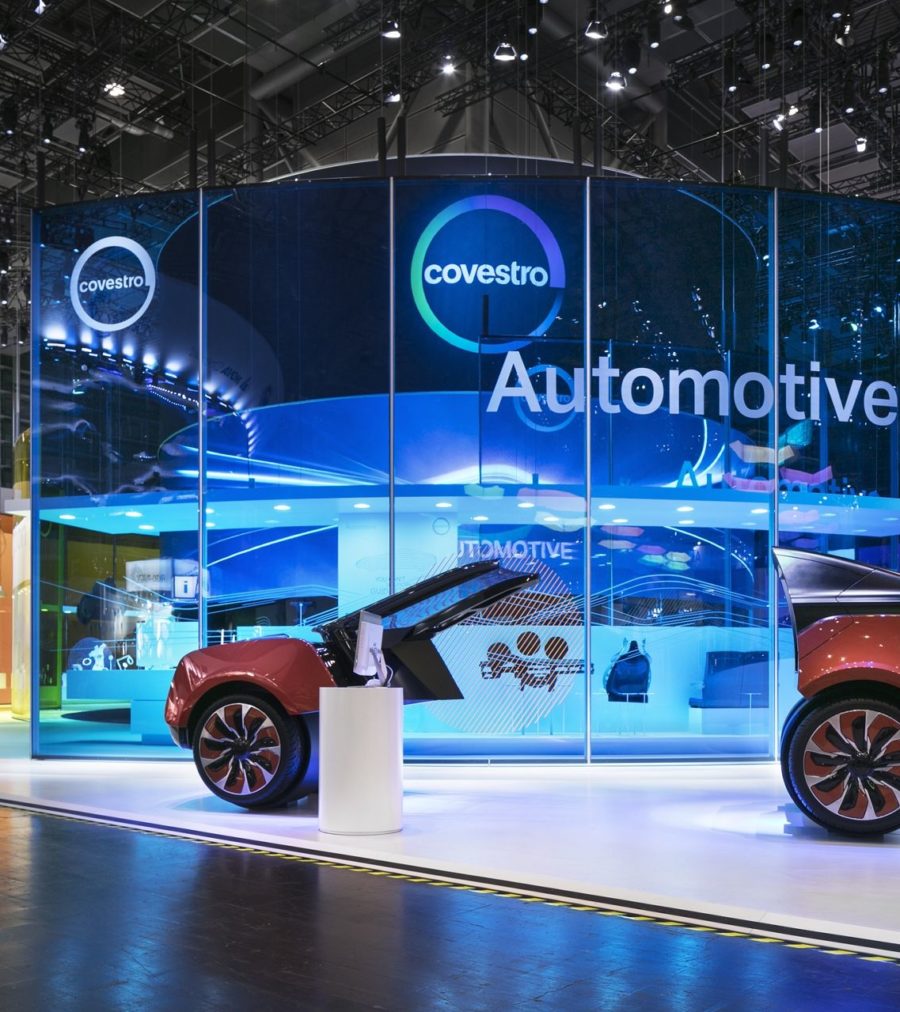 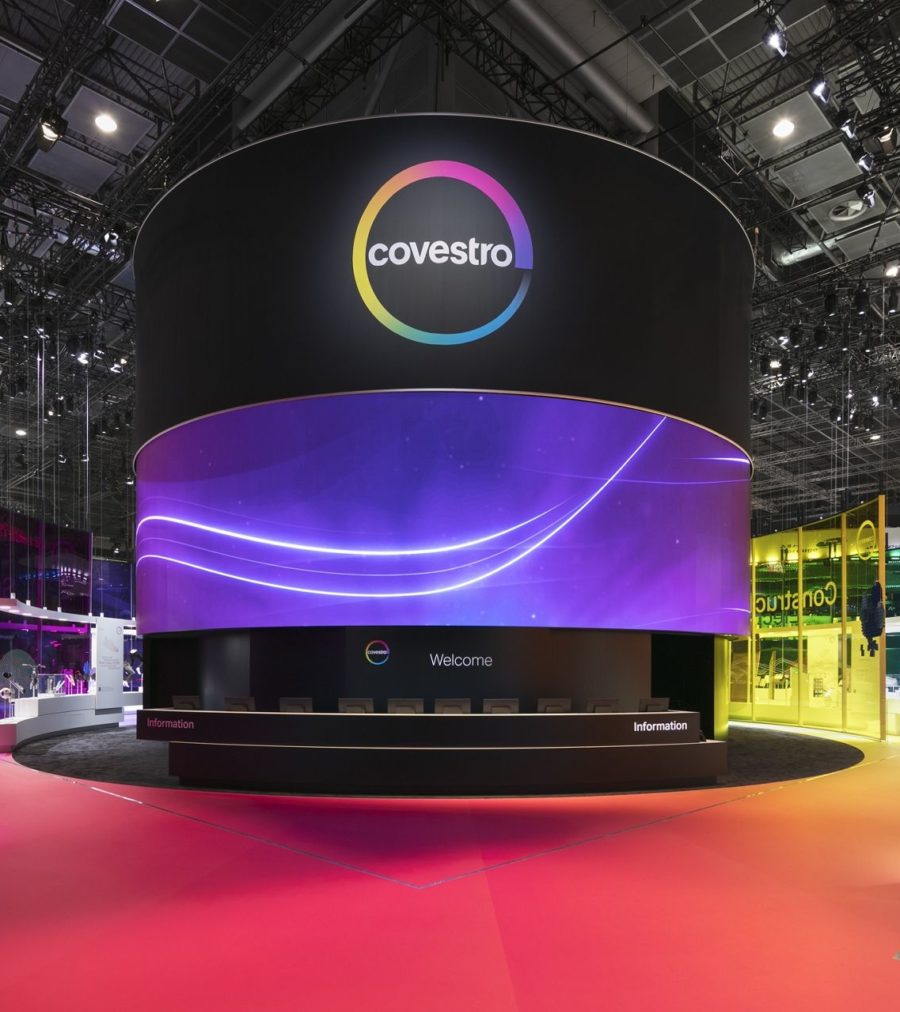 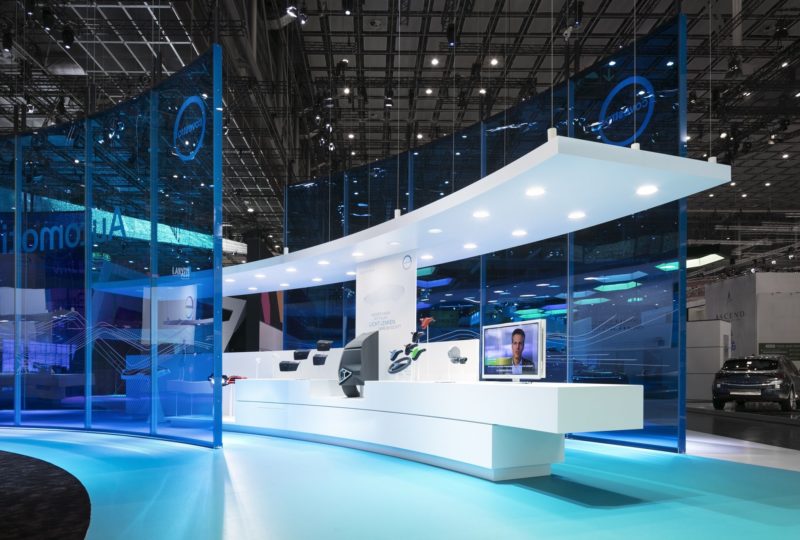 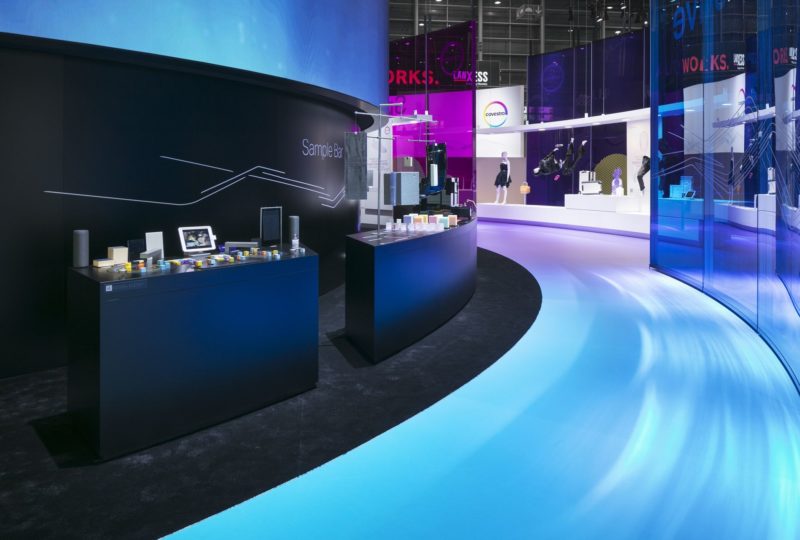 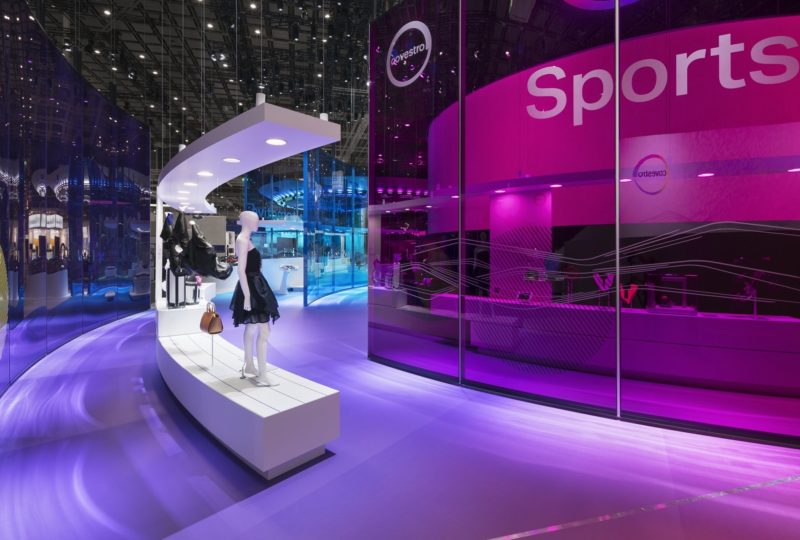 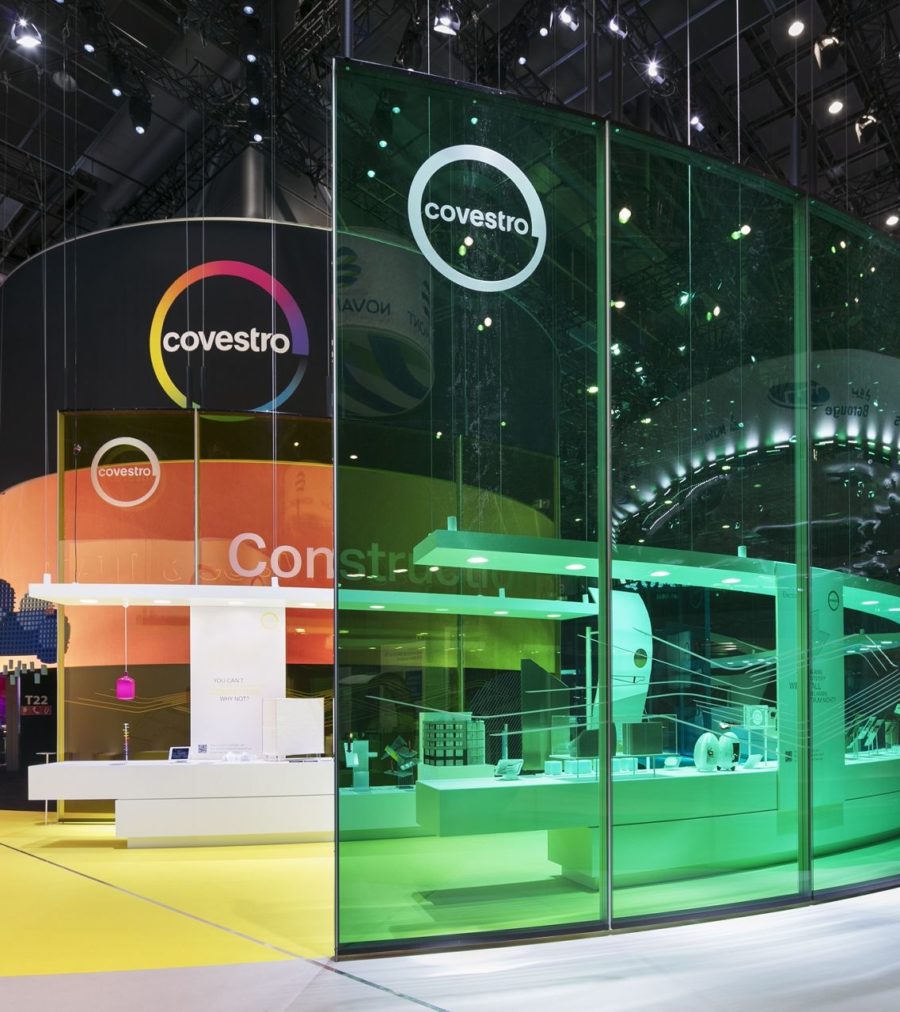 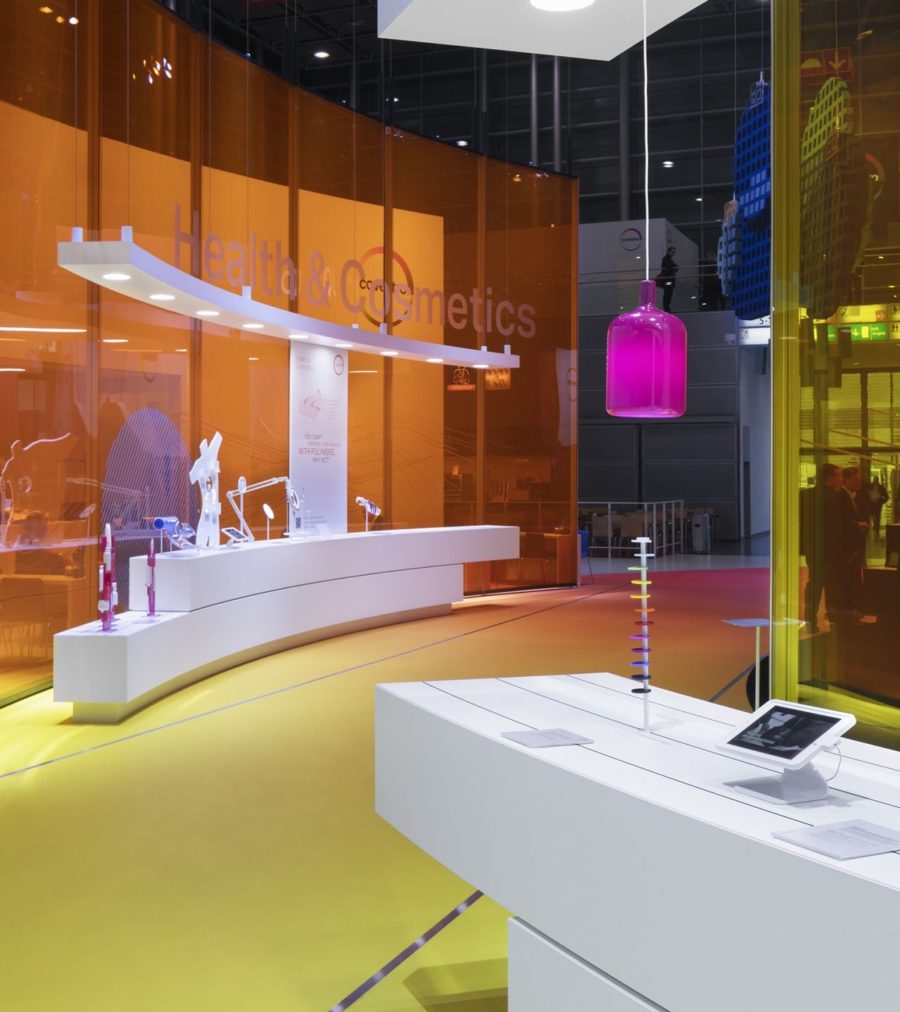