Realisation competition for the trade fair appearance by MAN Truck & Bus AG at the IAA Commercial Vehicles 2016 in Hanover, spanning a surface area of approximately 9,300 m² with approximately 2,000 m² on the top floor.

MAN Truck & Bus AG appeared at the IAA Commercial Vehicles 2016 as a leading, international provider of transport solutions, commercial vehicles and services. As part of an advertised competition, smd+partner collaborated with BRAUNWAGNER to develop an innovative, holistic architectural communications concept, which enabled it to claim victory at the competition.

The company’s progressive dynamic and passion were the driving forces behind the concept’s underlying idea, which was inspired by the impulse and amplitude of an engine coming to life.
The change in amplitude from a powerful engine sound is embodied in the flowing form of the stand’s architecture and the communication design, making it truly tangible and enticing for visitors. 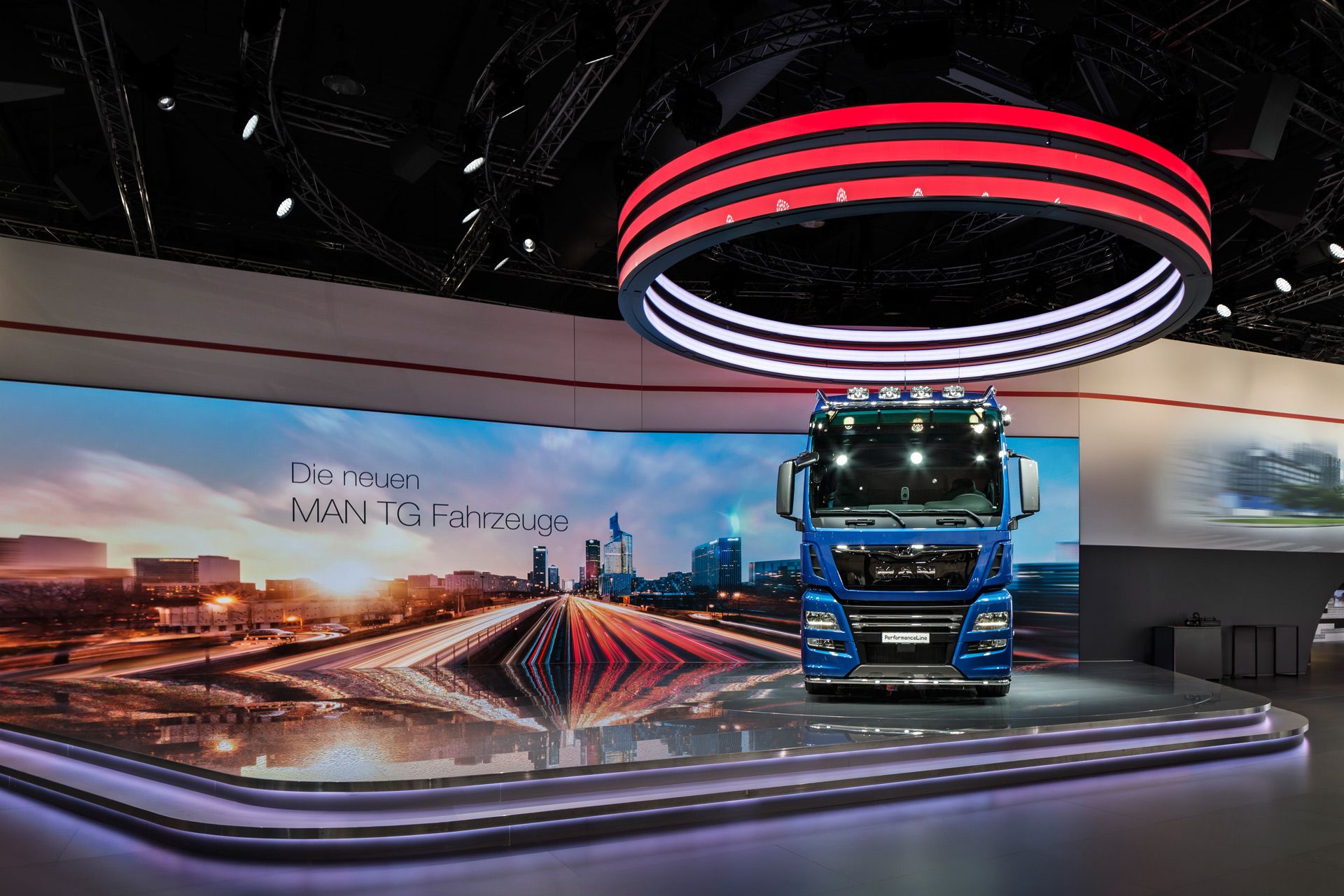 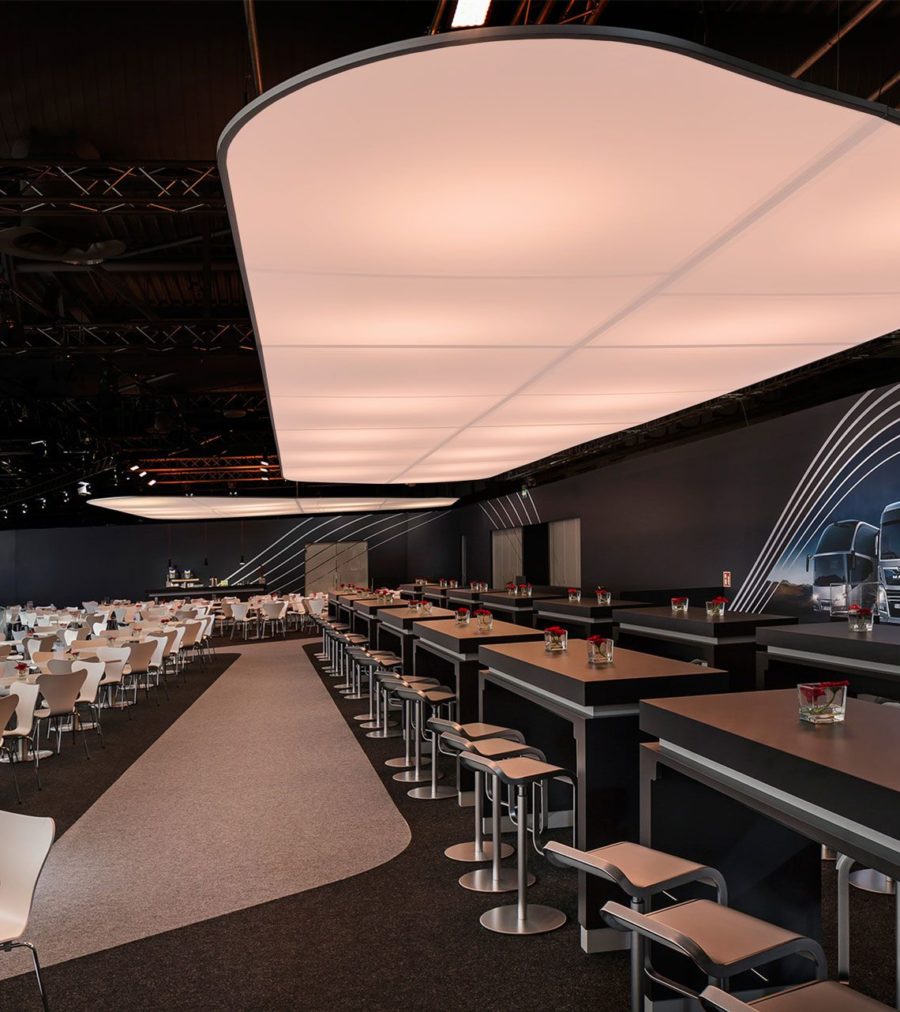 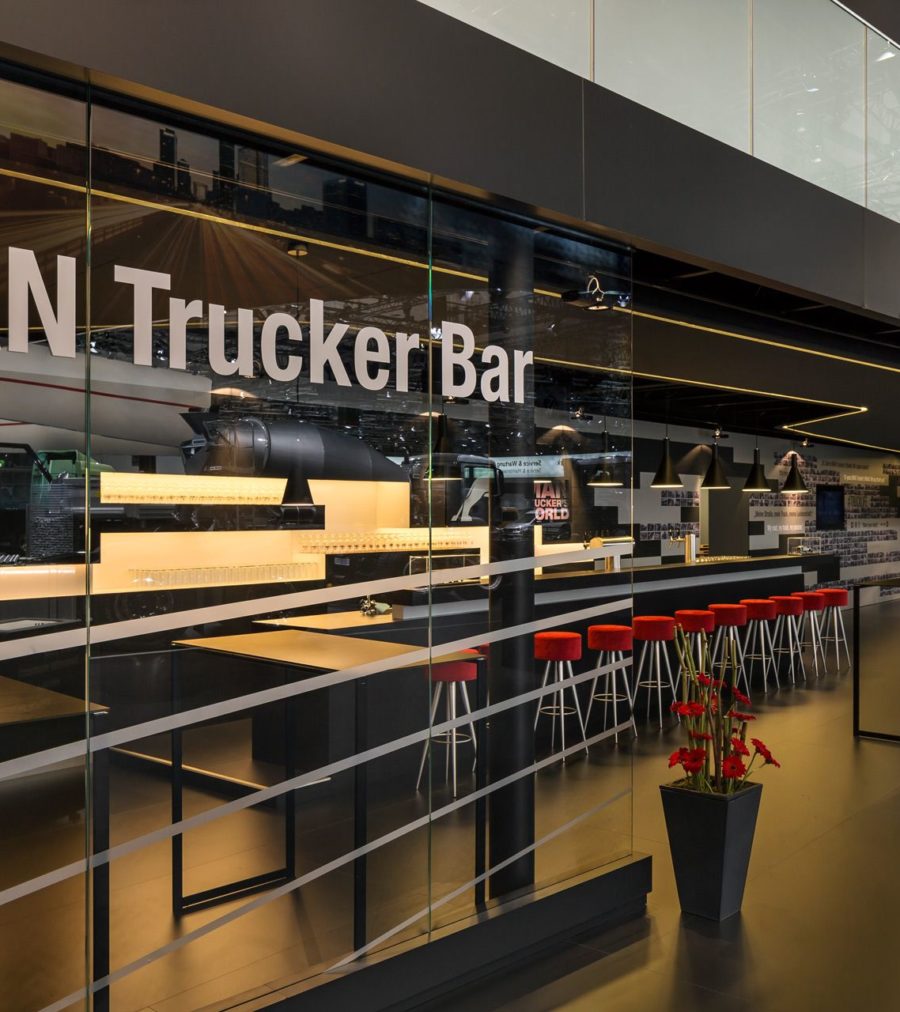 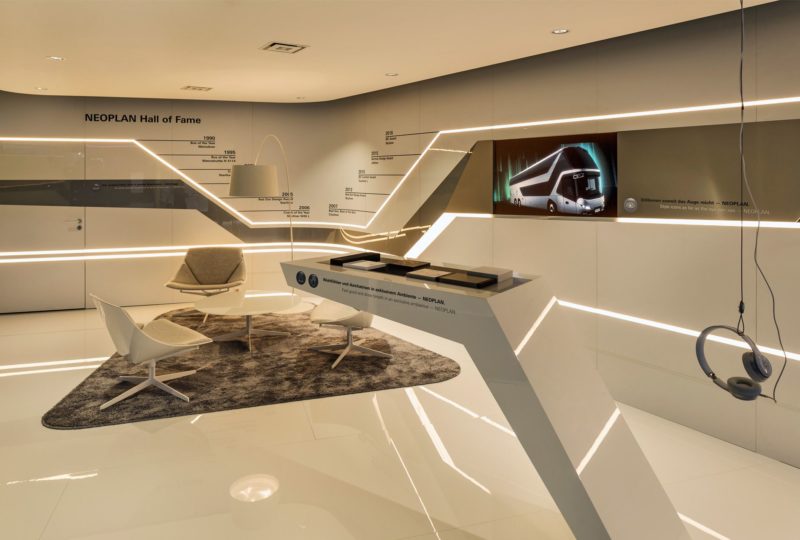 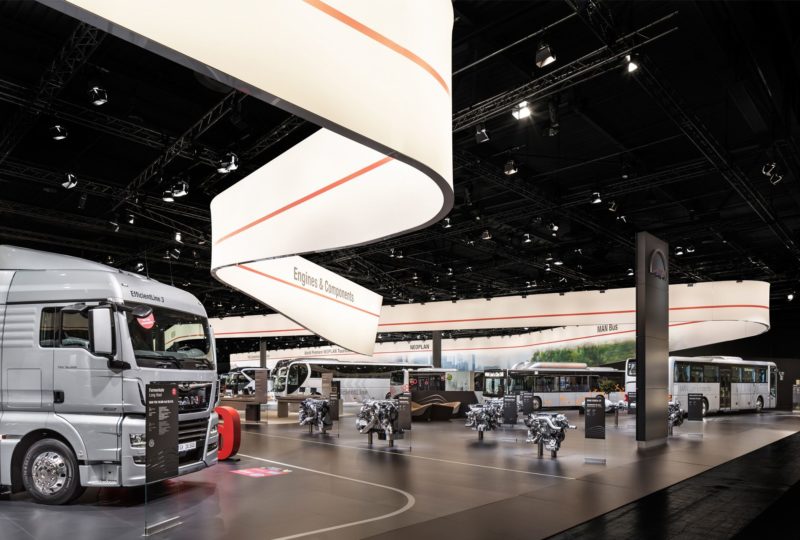 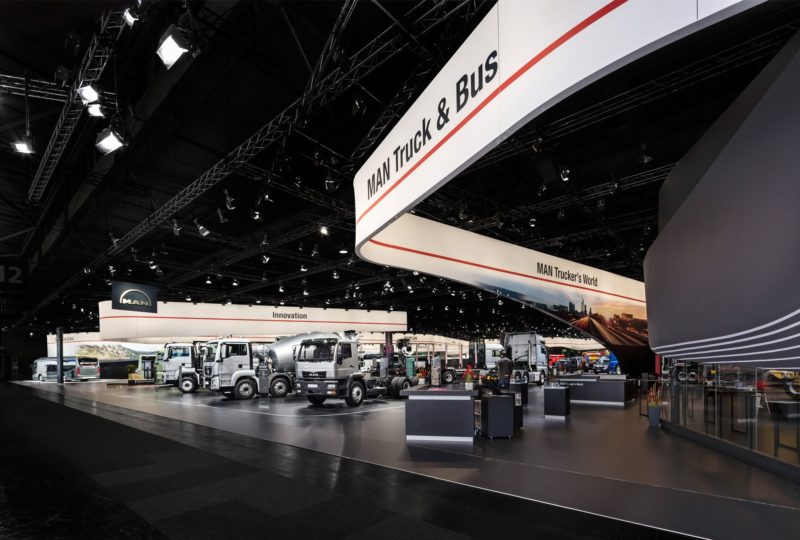 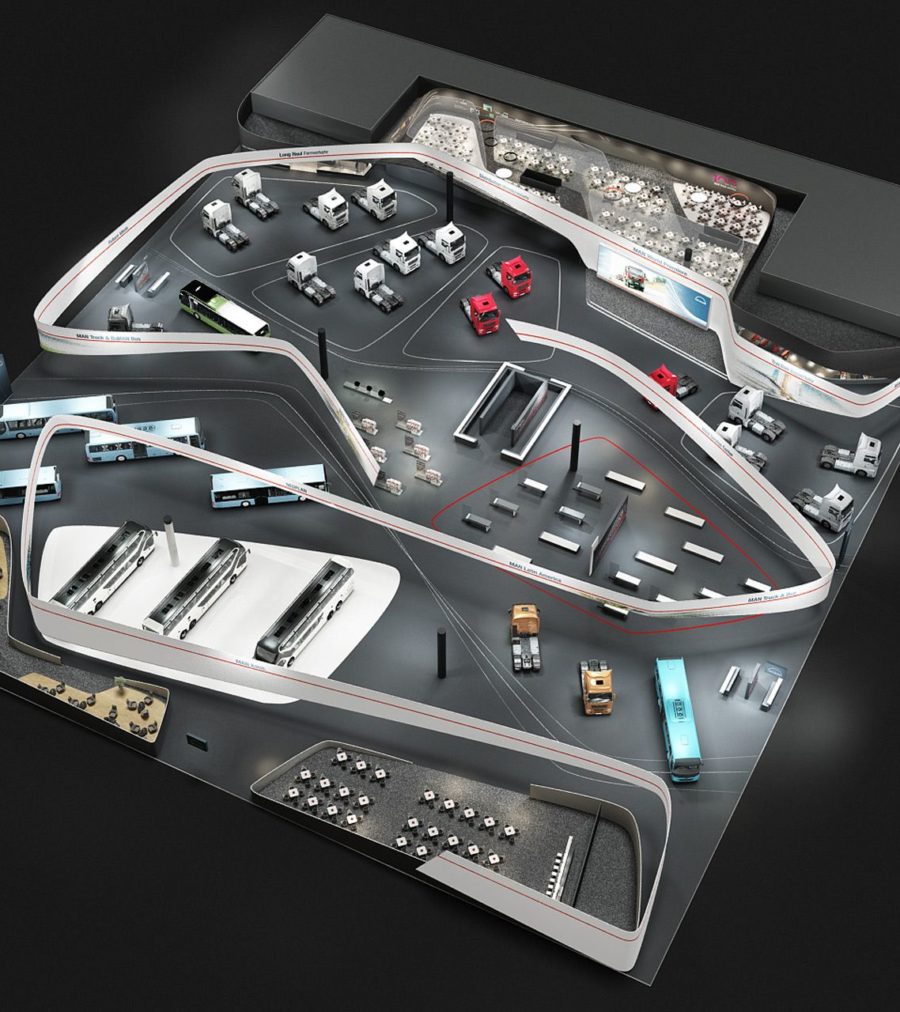 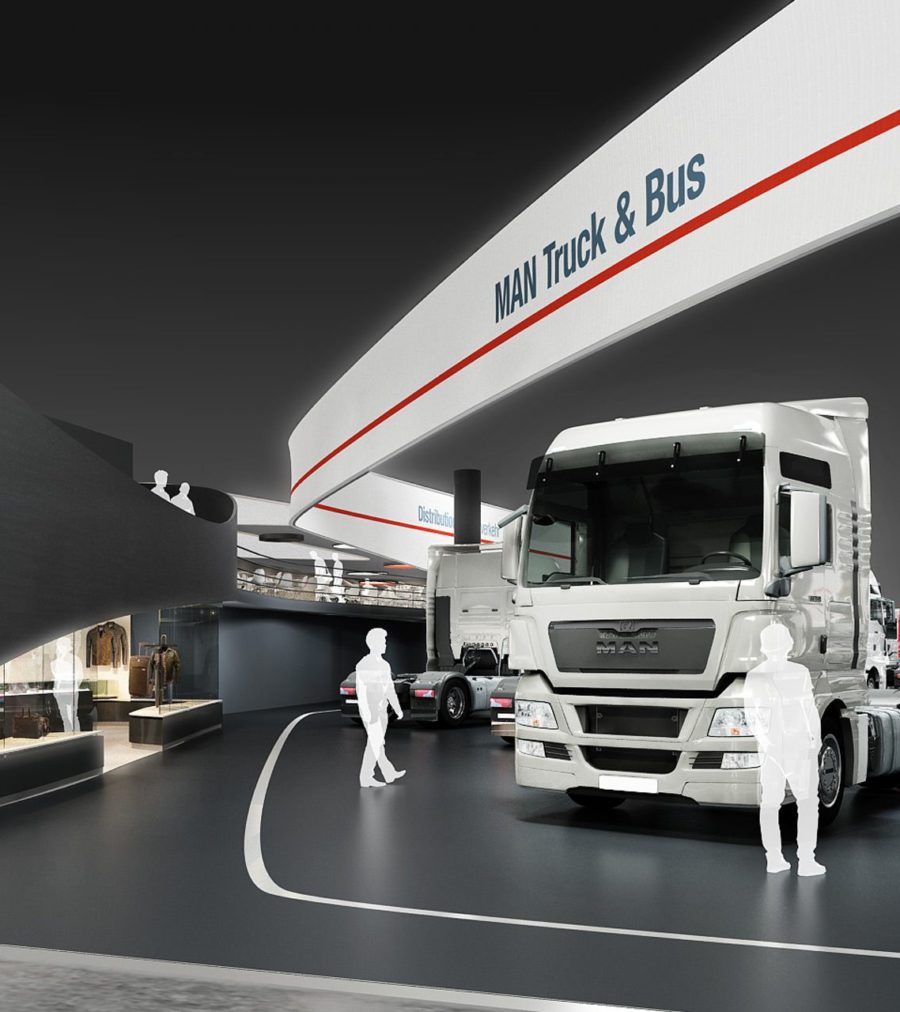