Competition entry on behalf of Czarnowski GmbH for the joint trade fair appearance of the state of North Rhine-Westphalia under the umbrella of NRW.INVEST GmbH at the MIPIM in Cannes / France.

At the world’s largest trade fair for commercial real estate and industrial settlements, NRW presents itself with large cities such as Aachen, Bochum, Bonn, Dortmund, Düsseldorf, Duisburg, Essen, Gelsenkirchen, Cologne, Mönchengladbach and Oberhausen as well as numerous companies as part of the location marketing campaign “GERMANY AT ITS BEST: NORDRHEIN-WESTFALEN” as an attractive future location.
Like no other federal state, NRW is associated with industry and creativity, with openness and innovation. This applies in particular to mining and steel production, whose products helped, to cover the growing demand for living and working space in the most populous federal state and to create new buildings and cities.
The design concept translates this link into an urban stand architecture, characterised by filigree steel frames. A homage to the roots of today’s culture and prosperity in NRW and at the same time a statement on the quality of North Rhine-Westphalia as a business location.
This structural symbolism is completed by semitransparent, light, textile walls that allow views and changing perspectives, creating permeable spaces. The visitor becomes part of a staged communication space. 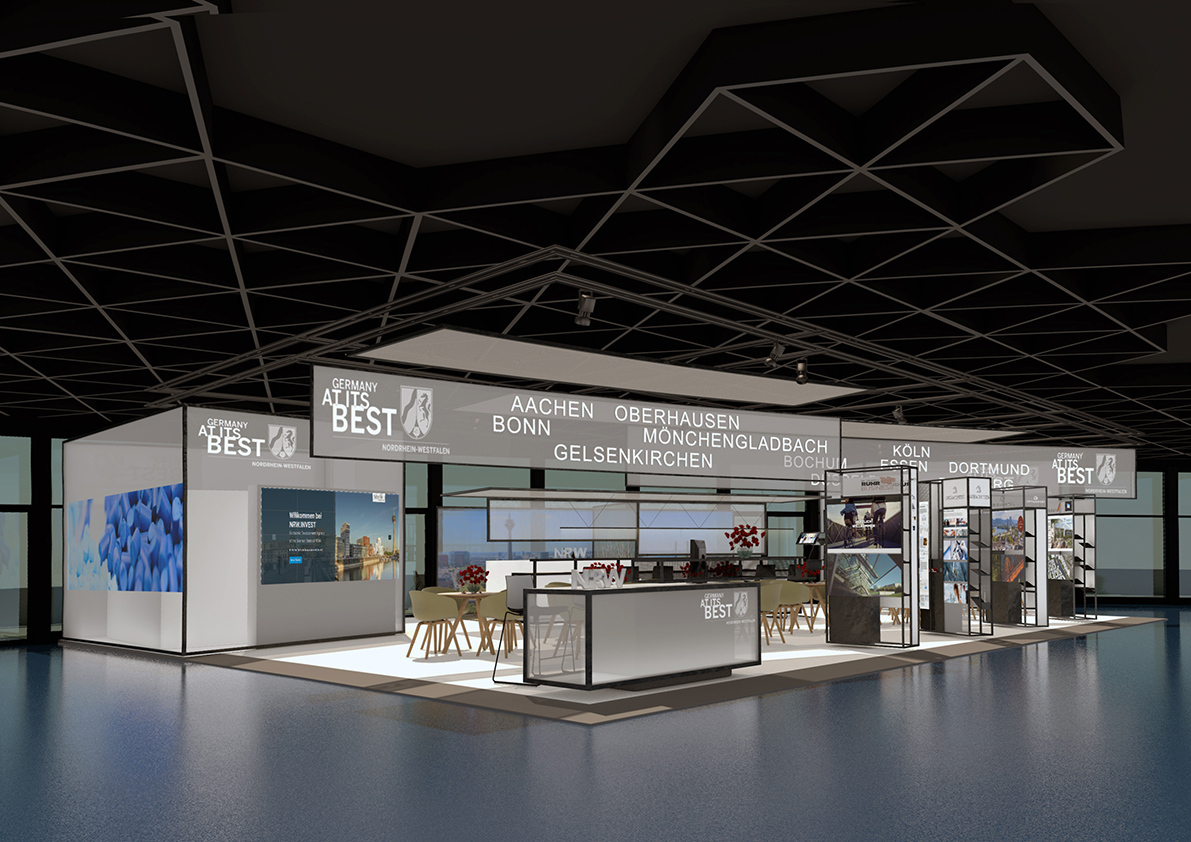 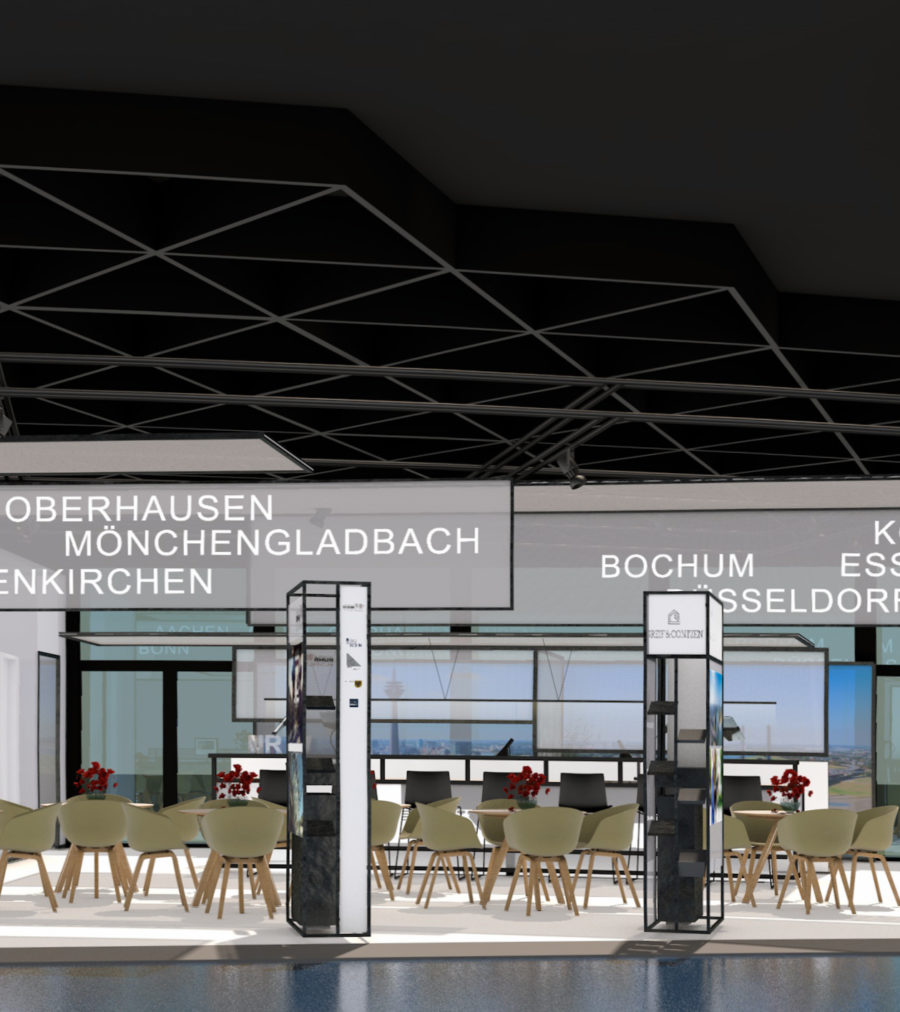 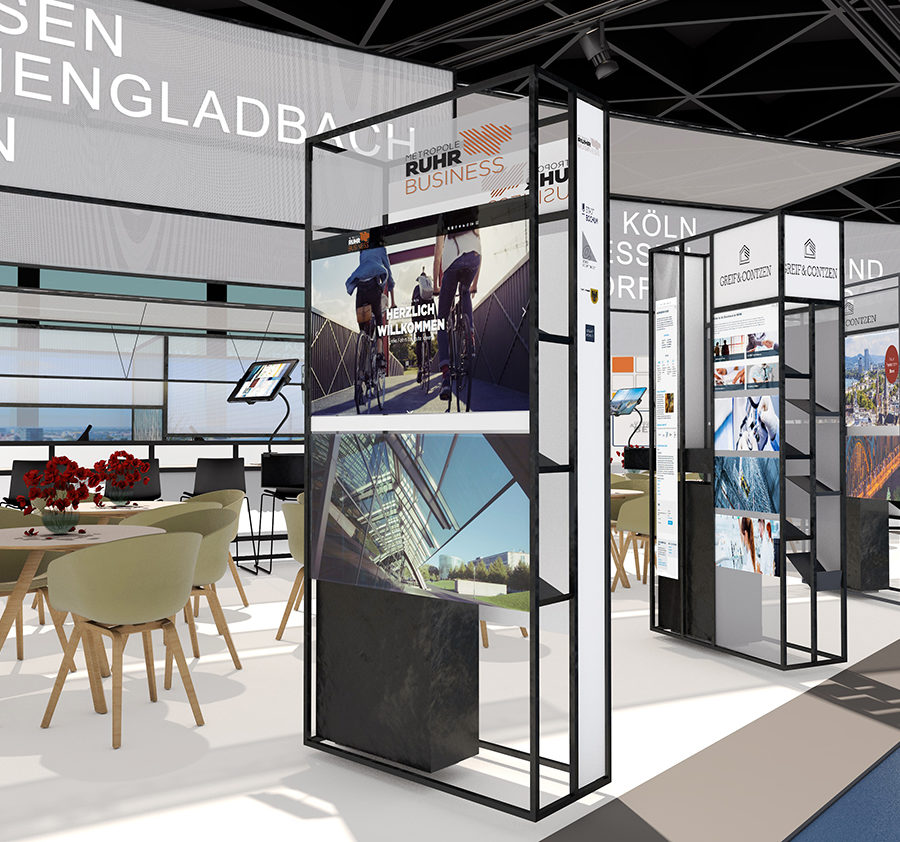